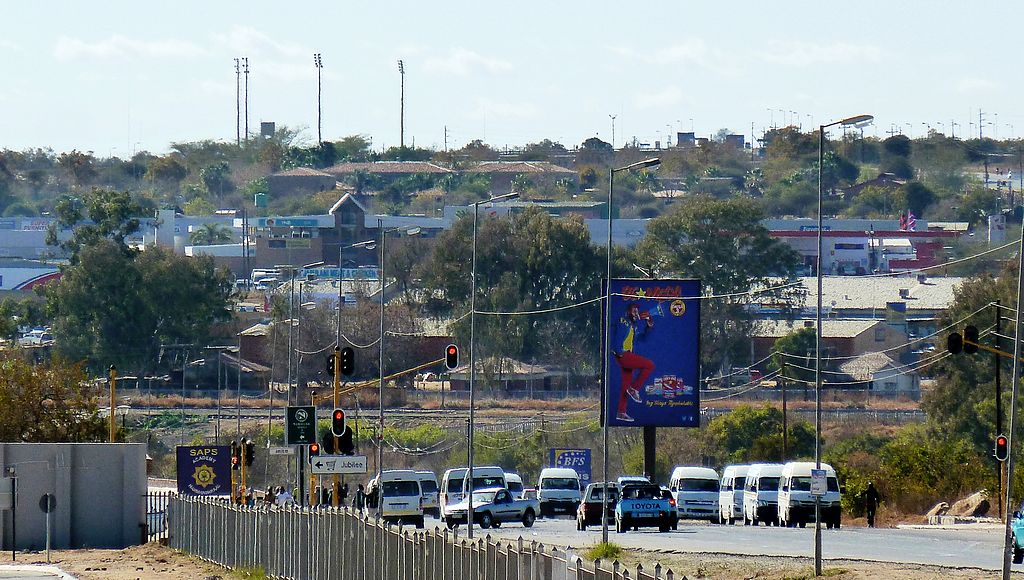 A familiar tale of apparent disregard by the taxi industry in respect of an agreement with government was featured in last week Thursday’s Pretoria News.  A dispute has arisen between the City of Tshwane and local taxi operators after the taxi’s were seen to break the agreement between taxi associations representing owner-operators and the Municipality.  It all revolves around the new BRT route.

About a year ago the municipality entered into an agreement with taxi associations representing owner-operators in the Hammanskraal area of the city.  A BRT trunk route was about to start operating into the CBD from a terminal in that township.  The taxi operators would confine themselves to providing feeder services to the BRT, in what has become known as a ‘hybrid’ system.

Each of the owner-operators was compensated for the loss of income which would result from their withdrawal from the trunk route.  A sum of R300 000 was agreed for each taxi; as 347 taxis were involved the total payout was in the order of R100m.

Despite this agreement (and the compensation payments) taxis have continued to run on the trunk route in competition with the BRT service.

The Tshwane MMC for Roads and Transport is understandably disillusioned: “We paid them. They are the ones who now want to renege on the agreement.”

“We paid them. They are the ones who now want to renege on the agreement.”

This seems to be yet another example of a scenario that has played itself out time and again when government has reached an agreement with the taxi industry only for that agreement not to achieve its aims.

The simple answer is that the taxi operates in the informal sector.  This has many advantages. The spontaneity that characterises this sector enables it to respond quickly to opportunities which appear on the ground.  If ten shacks are erected in a new informal settlement one day, and fifty by the next – then by the third day there will be two or three taxis offering transport.

That is the strength of the informal sector.  Its limitation is that, be it street hawkers, spaza shops, shebeen owners or the taxi industry, it is a single-product business, it stays with what it knows, and it is highly suspicious of any attempts from outside parties to move it from its comfort zone.  It has little or no experience in longer-term planning.

Government, on the other hand, is in the formal sector.  It develops policies for change.

Whenever the taxi leadership meets and discusses matters with government, the two sides are talking past one another.  A major problem seems to be that they do not recognize the fact!  Or rather, perhaps, they do often have an uneasy feeling that this is the case, but cast it out of mind, because to openly acknowledge the fact might mean that agreement could not be reached.  And for different reasons, both sides are usually keen to reach an agreement.

The SA National Taxi Council (SANTACO) was formed in 2001.  It elected as its first President Tom Muofhe.  In 2006, at the end of his term of office, Muofhe addressed a ‘Commuter Indaba’ at (appropriately enough) the Indaba Hotel in Fourways, Johannesburg.

Remarking that, relieved of the constraints of office, he was able to speak more freely, he said this:

“Officialdom does not understand what makes the taxi industry ‘tick’.  It believes that taxi operators are just like a smaller, less developed, version of the formal sector bus company.  That is not so, but government actions are based on this belief.

“There are two reasons.  The first is a genuine lack of understanding by government officials.  The second, and all too common, is that it serves government planners to believe that the informal sector is just a smaller version of the formal sector.  If that is so, then all that is needed to bring the taxi industry up to scratch will be a couple of training courses, and perhaps some special transitional help in matters such as contracting.

“But if government found that it had to accept and acknowledge that the informal sector taxi industry is in fact a quite different animal to the formal sector bus company, then it would have to face the need for a lengthy and complex process of transition, before it could start on the implementation of its integrated commuter transport plans.”(1)

These thoughtful words, from someone who clearly knew the taxi business inside out, were uttered more than a decade ago.   There has been little sign of any move of significance on the part of government to institute the “lengthy and complex process of transition” suggested by Muofhe.

The obvious answer is to encourage taxi operators to form formal sector companies which would operate the services on their behalf.  If such companies were to enter into agreements (in the form of contracts) they would understand how their side of the bargain should be delivered – and they could be sued for breach of contact if they failed to do so.

This solution has been regularly put forward by government.

“By and large, the individual ownership model and taxi association route management model are at the heart of the endemic conflict and violence which have bedevilled the taxi industry for decades.

“……. the Department of Transport intends to………. unify the Taxi Industry by introducing collaborative ownership and operating models, using structures such as co-operatives and corporatisation.

“It will also create wealth for taxi operators by rationalizing taxi routes, eradicating overtrading on routes, and thus increasing profitability and sustainability.”

Minister Nzimande mentions ‘collaborative ownership’, and cooperatives and ‘corporatisation’.  He does not use the word ‘company’.

This may be wise.  From the 1996 White Paper on National Transport Policy to the present day, government has viewed the advantages of the taxi company as being so self-evident that profit-seeking taxi owners will jump at the chance to become part of the formal sector.

An example of this was the statement by the City Council of Cape Town in October 2015:

“The City of Cape Town’s Council today, 28 October 2015, adopted a game-changing policy for the transformation of the minibus-taxi industry. This model intends to breathe new life into the industry by making available immediate business opportunities to shareholders in taxi operating companies, while also improving the service rendered to commuters in general.”

This breathlessly enthusiastic statement appears to have taken off like a lead balloon.  In the 3½ years since it was made, no taxi operating companies have been formed as a result of the ‘game-changing policy’.

The reality is, as Tom Muofhe wisely observed, that there will be “the need for a lengthy and complex process of transition” from the informal to the formal sector.

“the need for a lengthy and complex process of transition”

The debate should be on what that process of transition might consist of, and how it is to be implemented.