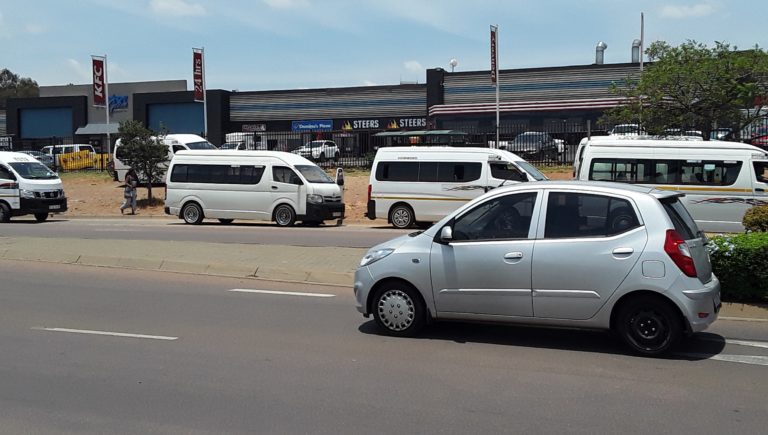 Gauteng Transport MEC Jacob Mamabolo announced in an eNCA interview this morning (Tuesday 6 November 2019) that he had signed a Memorandum of Understanding with the two major taxi groupings in the province.

In terms of the MoU, the taxi bodies will arrange for the training of drivers, employed by their members, in both advanced driving skills and customer relations, by………… Armscor!

There could scarcely be a greater contrast between on the one hand, a major heavy industrial group, and on the other, an informal sector cash-only service industry.  Armscor may have advanced driver training courses but do they have the necessary experience in customer service in a real-time cashed based passenger transport operation?

Have we asked the right questions?

I have several questions which apply to more than just Armscor training taxi drivers. These include:

·         Do we have real data on the impact of previous driver training programmes? If so, what was the level of improvement in driving skills and customer service amongst those trained? As a road user my perception is that the training had no perceptible affect.

·         Do we have in place a verifiable training impact measurement system developed by an independent third party? Was it used in the past and how will it be used in the future?

·         If past training delivered neither real behavioural improvement nor better customer service, is it possible that this type of training is not delivering value?

·         Is it not possible that ‘advanced’ drivers will become even more reckless?

·         What do informed, social science experts specialising in the behaviour of the target group say about the potential impact? No – behavioural experts are not irrelevant. If skilled, they should be able to provide real insight.

·         Have we put in place the incentives that reward positive behaviour and punish bad behaviour? Nothing currently in place works.

·         Should the training supplier not do this via an open tender? Armscor could tender.

·         If there is no perceptible improvement in taxi driver behaviour, will it be deemed wasteful and fruitless expenditure by the Auditor General? I worry that this is only an accounting term not a real-world term.

It seems unlikely that Armscor will offer its services for free.  It, like many SOEs, is facing severe funding challenges.  Speaking a year ago at the Aerospace, Maritime and Defence (AMD) conference in Pretoria, CEO Kevin Wakeford referred to the shrinking defence budget that is impacting the South African industry, said there was no space in the defence budget for traditional defence acquisitions.

Is this training deal perhaps a way of putting some government money the way of this struggling SOE?  According to figures provided to Parliament In 2018 by former Transport Minister Blade Nzimande, there are about 31 500 legal taxis registered in Gauteng.  If a training course were to cost as little as, say R 3 000 per head, the total fees would be in the order of R 100 m. This would be paid by the Gauteng provincial government to a national government via an SOE department. Perhaps not on paper, but …..

Better, Safer – are you sure

The most important question: Will training in fact result in better and safer standards of taxi operation?  Taxi driver training has been going on since at least the formation of SANTACO in 2001.    Since 2011 SANTACO has had a taxi training ‘academy’ in Welkom.  The Transport Education and Training Authority has a Taxi Chamber which for many years has offered taxi driver training courses.

These (and other) efforts and initiatives do not seem to have made any observable difference to taxi driver behaviour.  Training is admirable, but what counts is the application in practice, in other words the of transfer of training into the workplace – the South African roads. As long as the income of drivers depends on the number of trips made and passengers carried, that is likely to be the overriding factor in how the vehicle is driven.

Best use of money

We must do something about reckless, arrogant and uncaring taxi drivers on the road but is this the best use of the money in the current, or any other, climate? Will it turn taxi drivers into law abiding citizens or do we no longer care about the law?

The training initiative could cost about R 100 m. Do we have impact measurement and review systems in place? If not, why not?

View all posts by Shelley Childs